Called one of the world’s biggest permanent digital public art installations
SIXTEEN:NINE
Follow
Like Liked by Lisa Matthews, CTS and 5 others
1

This is new to me but likely not to people who live or work in London - the flagship store of a UK luxury retailer using the exterior windows of its facade as a vast digital art installation.

The Oxford Street location of Flannels, a British multi-brand retailer, has what's described as a three-storey curtain of LED displays, running artwork organized by a group called W1Curates. It is described as one of the world’s biggest permanent digital public art installations, with the store's aim of becoming a “theatrical retail destination” on London's best-known high street.

The key there is destination, as the store has a digital gallery inside and hosts a lot of events and pop-ups. The store opened a little more than three years ago. In poking around, I couldn't get any real sense of the technology mix here, other than lighting controls. It's impressive and now on my must-see list when I pass through London on my way to ISE in Barcelona. 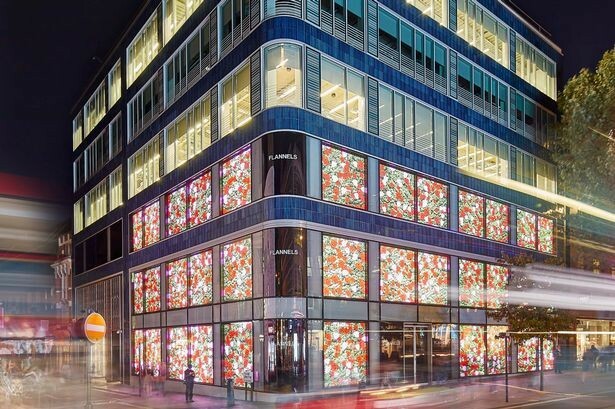