You only have to look at marketing materials or pay attention at trade shows to see that average pixel pitch sizes for LED displays are steadily coming down, and research from Omdia now confirms those impressions.

The research firm's latest LED Video Displays Market Tracker - for Q1 of this year - suggests that by 2026, 2.1mm will be the average pitch for deployed indoor-use screens. That's a full 1mm tighter than three years ago, when the average pixel pitch of LED video displays being shipped, throughout the global market, was 3.1mm.

Outdoor displays - like those for billboards - don't tend to be much finer than 6mm, because viewing distances are often considerable and those "coarser" pitches do the job nicely of delivering crisp images.

Omdia’s defines fine pixel pitch displays as those with pitches tighter than 2mm, though I have read definitions elsewhere that have put it at sub 2.5mm or sub 3mm. I dunno that it really matters. A lot of LED product series have pitches that are inside and outside those numbers, but have the same electronics - just fewer LEDs based on resolution needs, audience viewing dynamics and budgets.

Recent technology developments of mini-LED backlight TVs and investment in micro LED TVs through competition from the TV industry is not only expanding existing LED supply chains, but also enhancing the overall LED ecosystem. These advancements have been supported and sustained by traditional LED video manufacturers, especially in China, since the LED supply chain is fully established as a global LED supply hub in terms of cost, scale, and efficiency in the past.

Another noteworthy innovation of the LED industry is that pixel pitch sizes are becoming remarkably smaller and securing marketability of fine pixel pitch products in response to the TV industry’s expansion within the LED ecosystem.

The China region reports the fastest decline in average pixel pitch and leads the global trend toward smaller pixel pitch sizes. In the recently published ProAV Vertical Market Viewpoint Service, it indicates that direct-view LED (dvLED) display penetration against flat panel displays in China is the highest amongst other regions, especially in transportation, hospitality/healthcare, and control room sectors.

For indoor FPP (<=1.99mm pixel pitch) videowall displays in China, LCD videowalls accounted for 68.9% share compared to LED videowalls in 2019, with Omdia predicting the share of LCD videowalls to decrease to 30% against LED videowall in 2026, referring latest article “video wall solutions: A snapshot of LCD versus LED penetration.”

It's certainly no surprise that manufacturers are shipping indoor displays with increasingly finer pitches - something that's probably a direct outcome of more efficient manufacturing and lowering prices. The first fine pitch displays I saw - almost 10 years ago now - were 1.9mm units that were stunning in looks and scale, but heart attack-inducing when prices were quoted. Now a 1.9mm JUST makes the definition of fine pitch, and there were units at InfoComm in June that were demos of pitches as tight as 0.4mm (TV-like).

Interestingly, the average pitches being shipped in China appears from that chart to already be at 2.1mm and dine pitch will be the norm in a couple of years. 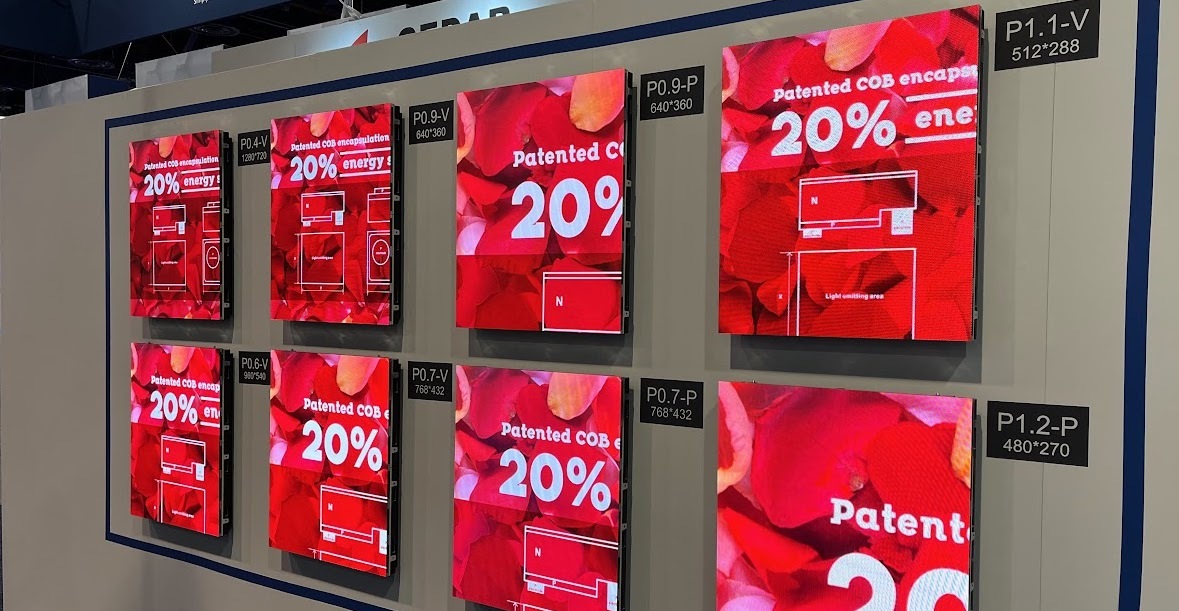