Why a Great Sound System might sound Horrible in a Great Concert Hall?

An attempt to bridge the gab between the based-for-centuries Room Acoustics and the Amplified Sound Systems.
Sameh Helmy, CTS-D, CTS-I
Acoustic Consultant, Hurghada Systems and Technology
Follow
Like Liked by Lisa Matthews, CTS and 6 others
2

A concert hall of around 2.2 Seconds Reverberation Time is great for Natural Sound however, it’s never been the case for Amplified Sound…

Natural versus Amplified Sound:
Each of them has its unique requirements which directly contradict with the other…

It’s not the Acoustician’s Nor the Sound Engineer’s fault that makes a great sound system sounds muddy in a great concert hall.

Why a great Sound System might Sound horrible in a great Concert Hall?

While Natural Sound (unamplified) relies on early and late reflections (the room) to achieve loudness and get its tonal effects,
The Amplified Sound is at its best with minimum reflections. The mixer/amplifier gives it its gain and tone, not the room.

Natural Sound (unamplified) benefits from reflections either early or late, these reflections simply add to the direct sound of a performer or an instrument while transmitted to the listener without changing the original source (the instrument or the performer sound)…

This is Not the case with the Amplified Sound as it uses microphones to capture the original source. While many microphones are open on the stage, each open microphone captures the closest source and a faded (delayed) copy of the nearby source, then a feed from the monitor speaker mix and a leakage from the main speakers with the reflections from the room... all of these are mixed and produced again by the main speakers where the dangerous copies of the original sources are Among Us and equipped to kill causing comb filters... all of these are multiplications not additions... Try to Imagine !!!

For a Natural Sound (unamplified): It's desirable but nearly impossible to achieve uniformity in terms of spectral variance, the frequency response in one seat is different from the next... That's expected since many sources at different locations at different distances from each seat are sending their direct sound then quickly, early reflections come to give the tone and level to each seat... Not to mention the late reflections.

For an Amplified Sound: A single loudspeaker (Dominant) is covering an audience area, the whole band is sounding from a point. the sound from that point is covering a number of seats within +-3dB of level and a uniform spectral coverage within a defined coverage angle.
the nearby audience area is covered (dominated) by another loudspeaker uniformly as much as it's isolated from other loudspeakers and/or strong reflections either early or late.

If an Amplified Sound is well designed and calibrated in an acoustically suitable space, it ensures an amazing experience for tens of thousands of audience enjoying even symphonies at a sport arena...

Photos are for clarification only, captions show the photos credits.

Over 15 years of experience in fields of AV and Acoustics. Specialized in providing services such as AV Design, Acoustic Studies, Sound Systems Measurements and Fine Tuning.

A very interesting article. I wonder if the effect of using staked line-arrays in such rooms could enhance the sound, as it would radiate in a similar way as an unamplified source would.

Line arrays are used quite regularly in halls designed (at least in part) for unamplified performances as they are very rider friendly and we can gain the benefits of an array. They can be a bit of a mixed blessing. The difficulty has been the extremely wide horizontal which up until recently was almost all line arrays. Too much sound was sprayed onto the side walls with a wide horizonal line array creating unwanted reflections and energy build up. In addition, the rear wall of the audience chamber and any large balcony faces create harsh reflections that are unwanted and send energy directly back to the stage (but late in time). With newer DSP software that allows for avoidance zones in coverage and tighter horizontal pattern control, the sound can be tailored well. Some halls still benefit from point source coverage, it depends on the shape of the audience chamber, depth, materials, etc.

[Podcast] AI and the Smart Workplace 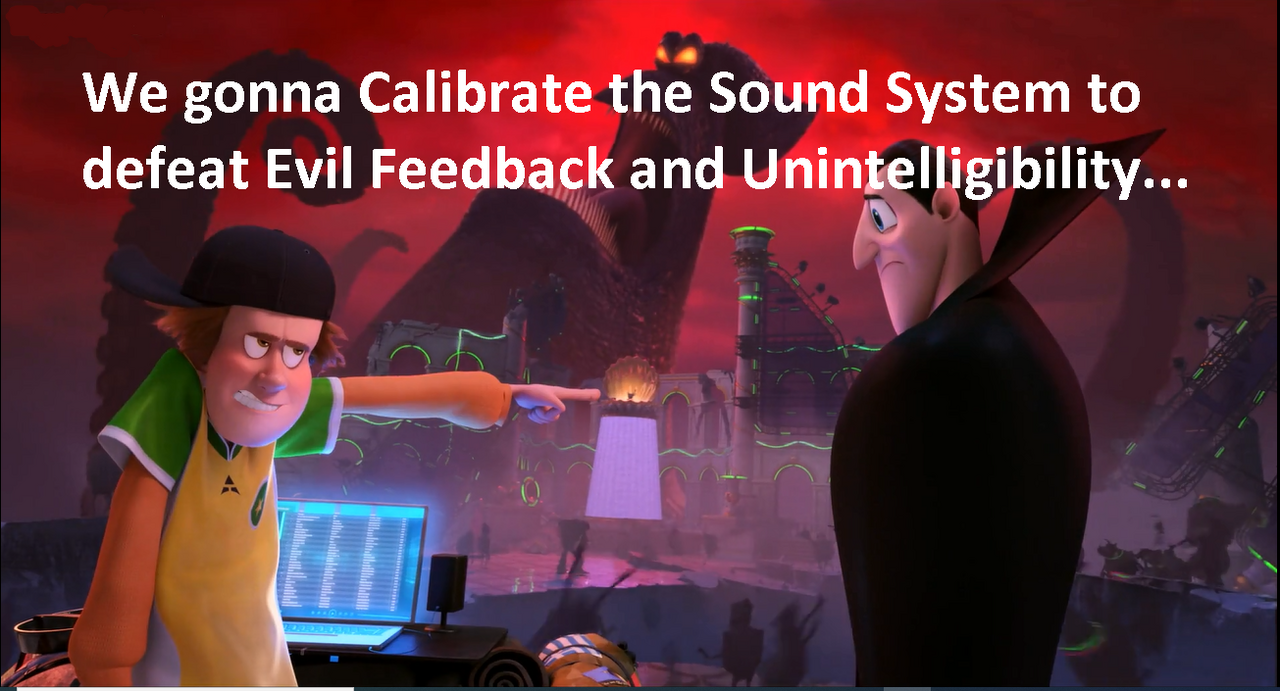 Why a Great Sound System might sound Horrible in a Great Concert Hall?

An attempt to bridge the gab between the based-for-centuries Room Acoustics and the Amplified Sound Systems.