QSR and fast casual restaurants have been early and very active adopters of digital signage technologies because of their ability to display and update pricing and menu options quickly and easily.

I wrote the other day about a kiosk station set-up for sports and entertainment venues that makes and serves cocktails, after checking IDs using AI. Now there's word of a Silicon Valley start-up rolling out a food automation kiosk that makes smoothies on demand.

Sunnyvale-based Blendid has an autonomous, contactless kiosk that uses robotics, machine vision and artificial intelligence, as well as fresh, healthy ingredients, to make smoothies. The seven-year-old company has raised more than $20M to date and is starting to put its kiosks in places as diverse as Walmarts, Love's Travel Stops and university common areas.

I mention this because the kiosks - which are a bit like those mini-stores you see dotted along shopping mall concourses - use digital menu displays and smaller interactive ordering screens to promote, guide and facilitate orders.

On one hand, vending machines that produce food items is not new, nor are screens attached to them. But advances in robotics, and other technologies, means the product can be prepared fresh and not just be something that was thawed and blended up. I would only drink coffee from a vending machine if I was desperate, but this sort of thing is very different.

The company has a partner in Jamba, which is all about smoothies and would not likely risk its brand reputation unless it was quite comfy the autonomous units produced drinks that were up to its standards and customer expectations.

With labor shortages in food services and retail likely a long-term thing, digital signage service providers who have a big focus on food services - companies like STRATACACHE, Coates and Ping HD - might be intrigued by the rise of these autonomous stations. The operation of these stations still depends on humans showing up and re-stocking the food ingredients, but these guys don't call in sick, come in late, go on breaks, or talk to union organizers. 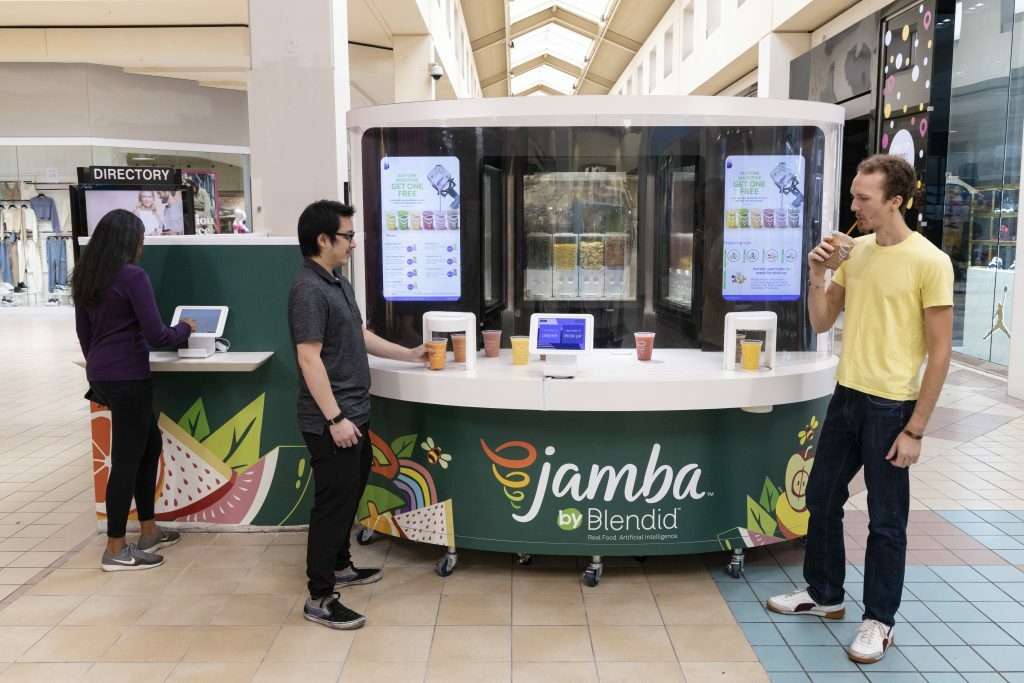