Display people lay awake at night dreaming about purchase orders like the one that would have come in for what is very likely the biggest video wall in Canada – a 60-meter-wide by 2.7 meter tall beast in the control room of a public utility company.

I kinda stumbled across this on the website of Engineering Harmonics, a Toronto-based consulting and integration firm. It is a 1.2mm pitch microLED-ish wall that the brief says is LG’s, and I am pretty sure is LG’s premium Magnit LED wall product, given the pitch and scale employed wth this. The total pixel count is 103,000,000 (if that means something to you).

The company says the project was five years in the planning and execution. The brief doesn’t say who the client is, or a location, and that is pretty normal for large clients who often don’t let suppliers make hay about sold goods and services. However, I understand this project is located north of Toronto. The brief also says the wall set-up uses a video wall switch from Evertz and an Analog Way video processor that can handle up to 40 inputs and do up to 8K.

This is interesting because LED video walls have advanced and matured to a level that the technology can credibly used for the fine detail needed on control room displays, with the advantage over LCD and (particularly) projection being brightness levels that mean the lights don’t need to be dimmed, blinds don’t need to be closed or drapes pulled. With LED, big control rooms don’t have to be bunkers.

At more coarse pixel pitches, schematics and text would visually pull apart for viewers at close distance, but at 1.2mm, it’s fine for staffers looking on from just 10 feet away. And with a screen that’s about 200-feet wide, they’re probably sitting further back from that.

I saw lotsa LED last week in Las Vegas being used in sports books that, by necessity, show a lot of team names and numbers. The new installs had no issues with clarity, given the pitch used. As you can see in the image above, text and charts show nicely. 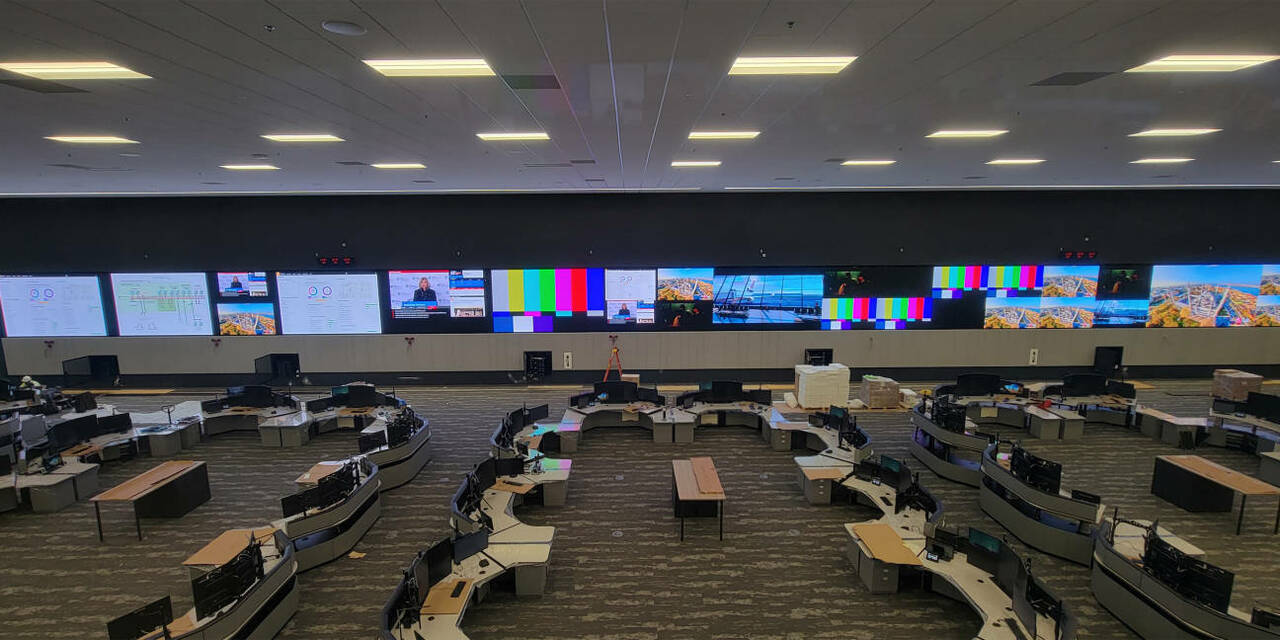