Where I live, there are regular tales of commercial truck drivers ignoring low clearance warnings and taking out the overhead barriers at toll booths on one of the harbor bridges. I suspect every locale of any size has similar problems, with truck drivers blithely ignoring how their rides are too tall for overpasses and tunnel entrances.

It's a big problem because when it happens, roadway closures or delays can be minutes, hours, days or months, depending on the severity of the damage to the physical structure.

In Australia, the city of Sydney is using laser projection on falling water to put up huge virtual "STOP" signs that are intended to be a last attempt to get drivers to hit the brakes, having ignored earlier warnings about clearance heights for key roadways like the harbor tunnel. The idea behind using projection on water as a kind of digital sign is that it is impossible to miss and right in the path of oncoming vehicles, but won't cause damage if a driver cannot stop in time and goes through this last barrier.

The solution was developed some 15 years ago, and is marketed by a company whose core activities are entertainment-based laser-light and projection-mapping shows.

I have seen projections on fog and water for years and years in videos and at trade shows, but it's rare to see a solution that is normally about eye candy have a clear operational purpose.

There is a details page on how it works, but it doesn't get into what triggers the water screen. Given that this was developed around 2007, technology like IoT sensors and computer vision were around but not as sophisticated as they are now. The system is also touted as a way to stop vehicles generally in the event of accidents in a tunnel, or incidents like fires or short-term repairs.

I'm not sure how well this would work - if at all - in daytime and bright sunshine. But it is inarguably clever for something like a tunnel entry.

Biz Bash: What Every Event Professional Should Know About Data Security 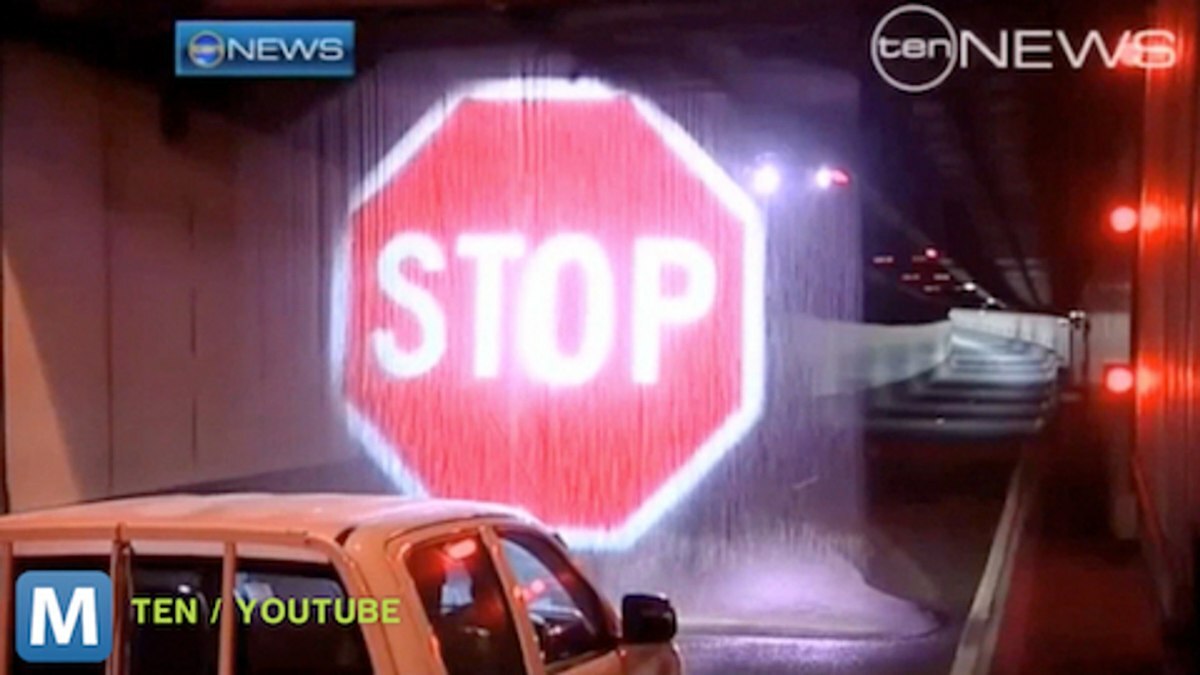