Livestreaming is an essential part of our modern day world, and the expectation is that it should be real-time. Easier said than done, right? There are inherent challenges and unpredictability that come with livestreaming, from reliability and bit rate issues to real-time interaction barriers.
Ben Thomas
Sr. Director of Publishing, MarketScale
Follow
Like Liked by Lisa Matthews, CTS and 2 others
1

Livestreaming is an essential part of our modern day world, and the expectation is that it should be real-time. Easier said than done, right? There are inherent challenges and unpredictability that come with livestreaming, from reliability and bit rate issues to real-time interaction barriers. Delivery times can sometimes take up to five minutes after the streamed action occurs. And when that happens, it's no longer livestreaming; it's five minutes after streaming. That doesn't have quite the same ring to it.

For online sports betting, accurate livestreaming is a necessity. One of the people working to beat the odds, buck the livestream lag trend, and blaze a more stable and precise livestream delivery path is Jed Corenthal, Chief Marketing Officer at Phenix. Corenthal joined Ben Thomas to discuss the future of livestreaming and what companies like Phenix are doing with OTT technology infrastructure to provide that real-time video streaming experience at scale.

In live broadcasting, the eight to ten-second delay has been an industry standard almost since broadcast's inception. So, why the long lag time in livestreaming? Corenthal pointed to reliability issues. The livestreaming standard, HLS, also referred to as HTTP Live Streaming, was the most reliable standard until recently. Scaling such a broadcast out to six or seven million people requires receiving an uninterrupted broadcast which takes precedent over shortening the delay.

“Fortunately, that is not the case anymore,” Corenthal said. “WebRTC as a protocol was developed around eight or nine years ago as a Google open-source project. It’s served the market from a video chat perspective extremely well, but most people haven’t figured out how to scale WebRTC.”

WebRTC is merely the protocol. Building the technology around it to scale WebRTC is the key. Corenthal said at Phenix, they created a real-time scalable synchronous video solution with proprietary technology compliant with all browsers that behaves like web RTC. Phenix currently streams two to five million streams a day around the world, utilizing a multi-cloud approach.

Iulia Popescu
about 2 months ago

Real-time interaction can be a fun aspect of livestreaming - but lag time and delays can turn a fun experience into a frustrating one. Often when I'm watching a show and want to comment on my experiences with others, I'll switch to Discord chats but it's always nice to have that live chat right there as well.

What has been your #1 frustration in the world of livestreaming? That lag time has been a big one for me.

The Resurgence of the Residential AV Market

Bridging the Gap Between Physical and Digital Experiences with Holograms

The Evolution of Industrial Wearable Technology

Merging Security and AV through Technology 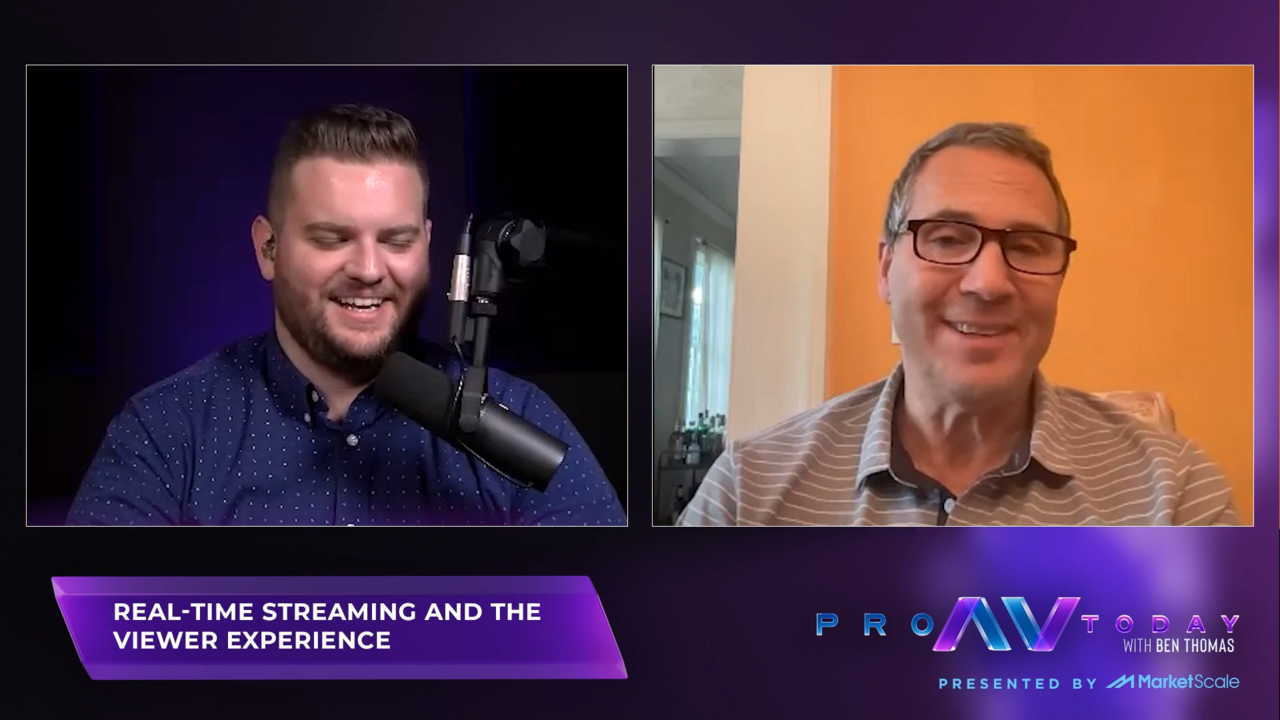 Livestreaming is an essential part of our modern day world, and the expectation is that it should be real-time. Easier said than done, right? There are inherent challenges and unpredictability that come with livestreaming, from reliability and bit rate issues to real-time interaction barriers.