It looks like the renovated home grounds of the famed football club Real Madrid will be the first soccer-specific stadium to get a giant halo LED display.

The US LED manufacturer Daktronics, along with install partner Legaz Arquitectura e Ingenieria, has won a deal to design, manufacture and install a new 360-degree LED ribbon above the stands at Madrid’s Santiago-Bernabéu stadium.

If you are into football and watched the UEFA Champions’ League Semi-Final  on Wednesday you will have likely wondered about all the blue tarps that appeared to be covering up primo field-level seating. The massive stadium is in the latter stages of a huge facelift, and the team is somehow or other still playing there while the renos continue.

The addition of the halo – more than 3,700 square meters of LED displays – is expected to continue through this calendar year.

The team involved in the decision visited other sports stadiums looking for inspiration and ultimately settled on the halo design. I could very easily be wrong, but think this would be the first stadium that is soccer/football first to use a halo design. Huge new or new-ish stadiums in LA (see below) and Atlanta have giant halos, but they went up as NFL stadiums and other teams may also play there (like Atlanta’s MLS team).

Real Madrid says the video scoreboard combines 18 LED screens both inside and at the back. It’s set to become a crucial element of the match-day experience as well as at any other events held at the stadium. The interior corners will be fitted with screens that will allow curving of the image to offer a continuous, uninterrupted view of all the digital content on display.

Every one of the screens will boast 13HD pixel resolution to deliver top class image clarity and contrast from every seat in the house. They will allow the projection of a single large image or several areas of different content, including live video, instant replays, statistics, graphics, animations and sponsorship messages.

Daktronics will also be installing their Show Control solution as part of the package. This industry-leading system provides a combination of screen control software, video processing, data integration and playback hardware which comes together to form an easy-to-use production suite.

German language content partner Invidis has a post up about this, with additional detail (the search engine should auto-convert to your language) …

Madrid will have a new 3D digital canvas this Christmas 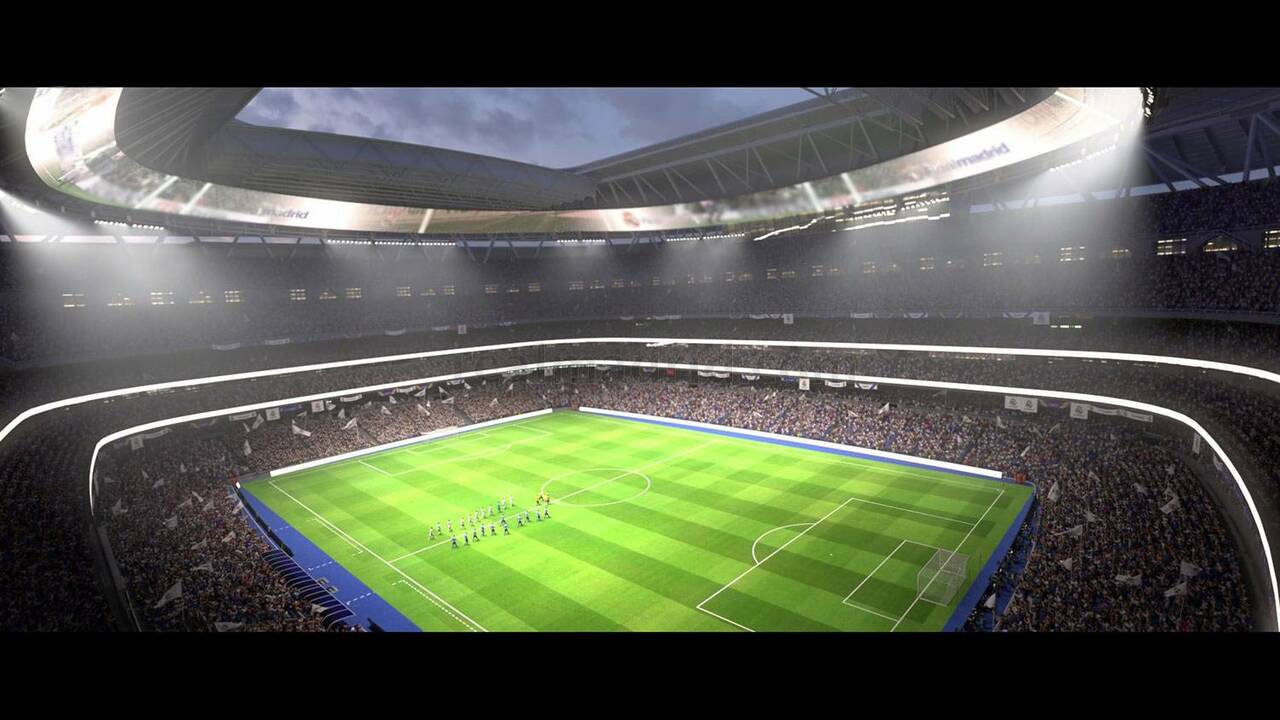