Breakthroughs in engineering have made transparent digital signage the 'in' thing. Is your organization ready for them?
AVIXA
Follow
Like Liked by Lisa Matthews, CTS and 9 others
0

If you're considering led digital signage for your business or organization, you may be surprised at the options available. They've come a long way from the basic rectangular flatscreen seen inside and outside of retail outlets, malls, transportation hubs, and other places large numbers of people gather. One of the many technologies opted for is transparent displays - screens with bright graphics that let you see through them! Usually, they're installed behind glass to create an impressive facade with bright content visible at a distance and are 70-95% transparent.

Like traditional displays, transparent LEDs play any media, from photos to video. However, in contrast to regular LED displays and conventional static signage, transparent LED displays do not block light, so when they're utilized in storefront windows, customers can see from inside the store to the outside and vice versa, creating a visually intriguing advertising space.

While traditional LED displays have wowed viewers for years, they've often suffered from the same criticism static billboards have - obstructing scenic views. City planners are aware of these challenges and have enacted stricter rules for their use. However, the use of transparent LED displays helps solve that issue and maximize the aesthetic value of cities. Natural light can filter through them while delivering bright, attention-grabbing content.

But how do they work? Well, light is shone through an array of organic LEDs (OLED) or Light Emitting Diodes (LED) that make transmissive materials opaque without requiring power. In other words, OLED and LED arrays do not require their own power source; they convert any external illumination into luminescence by absorbing energy from behind them and then re-releasing it. This way, full transparency is achieved when there is no power supply since light can pass through without being blocked.

To learn more about various digital signage technologies and their practical applications, download our white paper Digital Signage for the IT Manager. If you're ready to invest in it, our directory has dozens of companies and integrators waiting to serve your needs.

Mobility is a Key Trend in Collaboration Efforts

Business of AV, IT and Networked AV 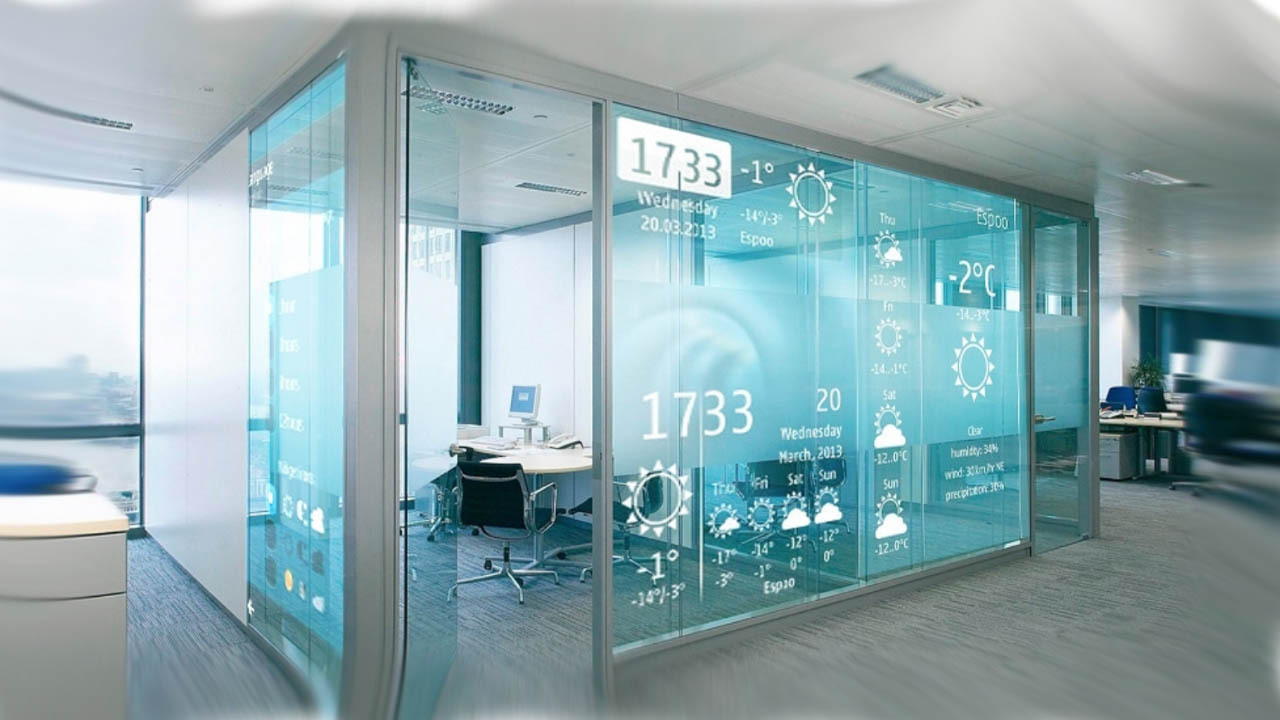 Breakthroughs in engineering have made transparent digital signage the 'in' thing. Is your organization ready for them?