CLEVELAND, Ohio – If you turn on the television Sunday expecting to watch the NBA All-Star Game, don’t be surprised if you see what looks like a really cool new video game instead.

The astounding moves shown in TNT’s broadcast won’t be relegated to only the players on the court. The NBA and Canon are bringing a new digital dimension to viewers both watching on television and in the arena.

The NBA and Canon installed new cameras with lightning-quick, revolutionary video technology that allows fans to view action from unlimited – and in some cases, unseen - angles. Canon’s Free Viewpoint System will resemble a modern video game of sorts, except it’s all based on real action that took place moments earlier.

Rocket Mortgage FieldHouse is only the second sports venue to utilize the technology. In January, the system was implemented at Barclays Center for the Brooklyn Nets – the first team of any of the four major professional sports leagues to utilize it.

It requires more than 100 specialized data-capture cameras surrounding the court to take in the action, which then is fed into Canon’s high-speed computers. The result: Lifelike 3D renderings in seconds.

“We’re digitizing the game and appealing to that younger demographic, that younger audience who expect to see their games differently than maybe from that traditional viewer,” said Lee Estroff, director of technical operations for Turner Sports.

This is so cool! @Samantha Powell thanks for sharing. I wonder what sport will be next to use this kind of technology? I could see it being something American football or soccer would use but there are lots of constraints with those sports being outdoors and having very large spaces they play in compared to a basketball court. Can't wait to see what is next!

Superior Customer Experience At The Forefront For DTEN

At Work, Women and People of Color Still Have Not Broken the Glass Ceiling 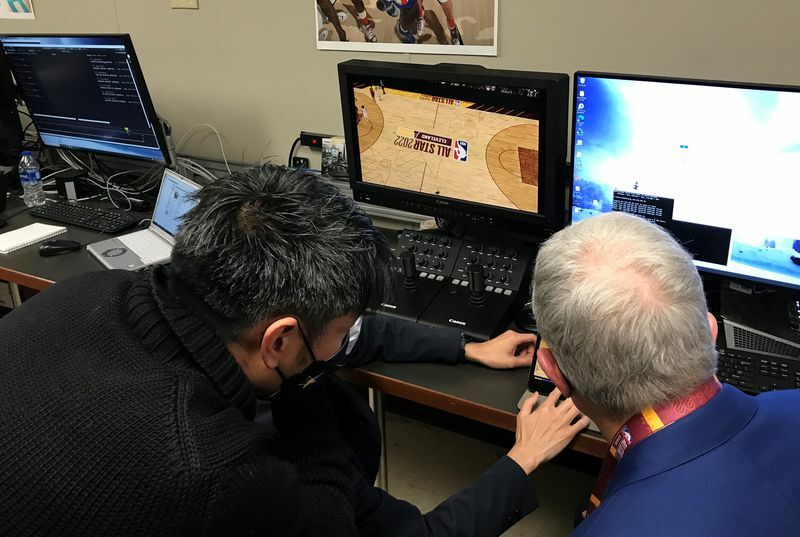