This case study was originally posted on Crestron Electronics website. You can find it here: https://www.crestron.com/getattachment/News/Case-Studies/2022/The-4GD-SmartFacility/CS_Nucleus4GD_FINAL-(1).pdf?lang=en-US&ext=.pdf
Crestron Electronics, Inc.
Follow
Like Liked by Lisa Matthews, CTS and 1 other
0

INTRODUCTION
16 Air Assault Brigade is the Rapid Reaction Force of the British Army, a group who are specially trained and equipped to deploy by parachute, helicopter, and air-landing. The core role of the base is to maintain the Air Assault Task Force, a battlegroup held at high readiness for deployment worldwide for a full spectrum of missions, from non-combatant evacuation ops to war fighting.

“4GD’s landmark capability, the SmartFacility®, is at the bleeding edge of military training. Our intention is to use technology to make training better and, as a result, troops safer. Some of the features of this project have not only shown Nucleus as a market leading integrator but have demonstrated the vast potential of the Crestron ecosystem.” Rob Taylor, Director, The 4GD SmartFacility

THE CHALLENGE
The 4GD SmartFacility is located at the Brigade Headquarters in Colchester, Essex, UK where a technology solution was required to provide close quarters combat training via an immersive experience that simulates different geographical locations of conflict. AV Integrator, Nucleus, and the
team at 4GD have been working closely for over four years to facilitate this ambitious strategy to provide training for combat environments, which are traditionally difficult for forces to simulate. An additional need was to allow the ability for briefing, training, and debriefing to take place at the
same time.

“The way in which the UI has been developed is especially worthy of note. On a previous roll-out we had 10 or so sound effects. On this iteration we delivered an audio system with hundreds — such was the refined nature of Nucleus’ programming and the adaptability of Creston!” Rob Taylor, Director, The 4GD SmartFacility

THE SOLUTION
The environments, created by Nucleus using Crestron technology, can be both physically and digitally reconfigured to allow a countless number of permutations — anything from a jungle to a marketplace. Crestron was selected due to the flexibility and customization that the systems allow. The 4GD team was already familiar with Crestron’s hardware from a previous project, so this installation saw a next level development as part of a series of future projects which will see Nucleus continuing to work on delivering the Crestron-based solution for military outfits around the world.

TECHNOLOGY
An important aspect of the solution was that Nucleus also developed an iOS app, which is used to design facility layout using the movable and configurable walls. Nucleus created a solution where the iOS®  app could send its layout to the Crestron system which would then apply it to the Crestron UI.

DGE members share the current MAP on the various TV Screens for pre- and post-exercise briefings. The “After Action Review” (AAR) is facilitated via the “stitched” overhead camera view, giving a “God’s Eye View” of the facility.

“As the ambitions of the SmartFacility® continue to grow and I have no doubt that both Nucleus’ and Creston’s near limitless potential will ensure these ambitions become reality.” Rob Taylor, Director, The 4GD SmartFacility

Using an iPad® tablet running Crestron UI, the instructor can control visible light, infrared light, sound effects, door sensors, triggers and the AAR CTV system. The system is backed by a Crestron control system which provides the ability to run a complete database with a file management back-end. The Crestron system is able to load the theme packs of audio effects into the Audio DSP and empowers DGE to request further “regions” to be added to the system as conflicts arise in different parts of
the world. When the user selects a “Region of Conflict”, the Crestron system replaces the entire sound effect library with different sounds appropriate to that region. These can then be played during the exercise, triggered via various sensors. There are also “Pattern of Life” back audio options, which create
background ambience sounds to provide a continuous and realistic immersive environment.

Because the walls and doors are reconfigurable and movable, it was impossible to have hardwired devices but important for soldiers to practice “clearing” a room, turning the lights on and off. Crestron Wireless keypads were selected to simulate a light switch, as well as sensors. The user can assign any effect they wish to the room — for example, they can suddenly open a door to surprise the soldiers
involved in the simulation. The 4GD SmartFacility also added a crackle to the lights coming on and off as the keypad is pressed, to give further realism to the solution. The timing had to be consistent and with low latency to make sure the light and sound reacted almost instantly to the button press on the Crestron wireless keypad.

RESULTS
The result of this installation is a truly immersive environment simulator which includes a dedicated physical training space and remote interaction with wrap-around screens, providing an easy-to-use solution that any instructor can manage with little to no training. The critical requirements of immersion, reconfigurability and ease of use pushed the capability of the control system, specifically in regards to the programming and the interface. But, by using a high degree of custom Crestron programming, sound effects, lighting control, and other sensory elements, the 4GD SmartFacility delivers a training that simulates reality and puts the soldiers’ senses into overdrive.

“We were only limited by what we could achieve within the timeframe, budget and available technology. Being a project of many firsts, we carefully developed hardware and software solutions with a high degree of custom Crestron programming.” Durgesh Sinh, Founding Director, Nucleus

Crestron Electronics, Inc.
Follow
Innovation Fuels Us Crestron Electronics has carved the path for technological innovation since 1972. We create automation solutions that transform the way people live their lives, making their day-to-day tasks easier and improving efficiency and productivity. In the process we’ve also transformed the way those solutions are created. We strive to be at the forefront of cutting-edge technology, constantly offering faster, better solutions that address the needs of customers the world over. With Crestron, you aren’t just buying top-of-the-line electronics, you are investing in scalable and customized solutions, gaining 24/7 global service and support, and sponsoring products that are designed and manufactured in America. Designing the Future of Technology Crestron is a global leader in workplace technologies, engineering and transforming corporate automation and unified communication (UC) solutions for enterprise organizations across Fortune 500 corporations, campuses, facilities, and more, as well as a premium home automation provider who creates platforms, devices, and systems across residential properties including homes, yachts, MDUs, and hotels. For almost 50 years, Crestron has been designing software and hardware solutions across government, military, lecture halls, and boardrooms, as well as the most discerning residential properties around the globe. As technology has become omnipresent in both work and home lives, Crestron is charting the future of digital transformation for commercial and residential applications by identifying and manufacturing solutions that strengthen collaboration, productivity, and innovation, while reflecting the lifestyles, comforts, and relationships that keep people connected, from anywhere, at any time. Crestron products are backed by more than 90 fully-staffed offices that provide 24 x 7 x 365 sales, technical, and training support across the globe. In addition to its world headquarters in Rockleigh, New Jersey, Crestron has sales and support offices throughout the U.S., Canada, Europe, Asia, Latin America, and Australia.

Submit Your Entry for the 2023 EUNIS Award for Best Overall AV-Enabled Space Today!

Learning Technology: Get All the Latest Updates 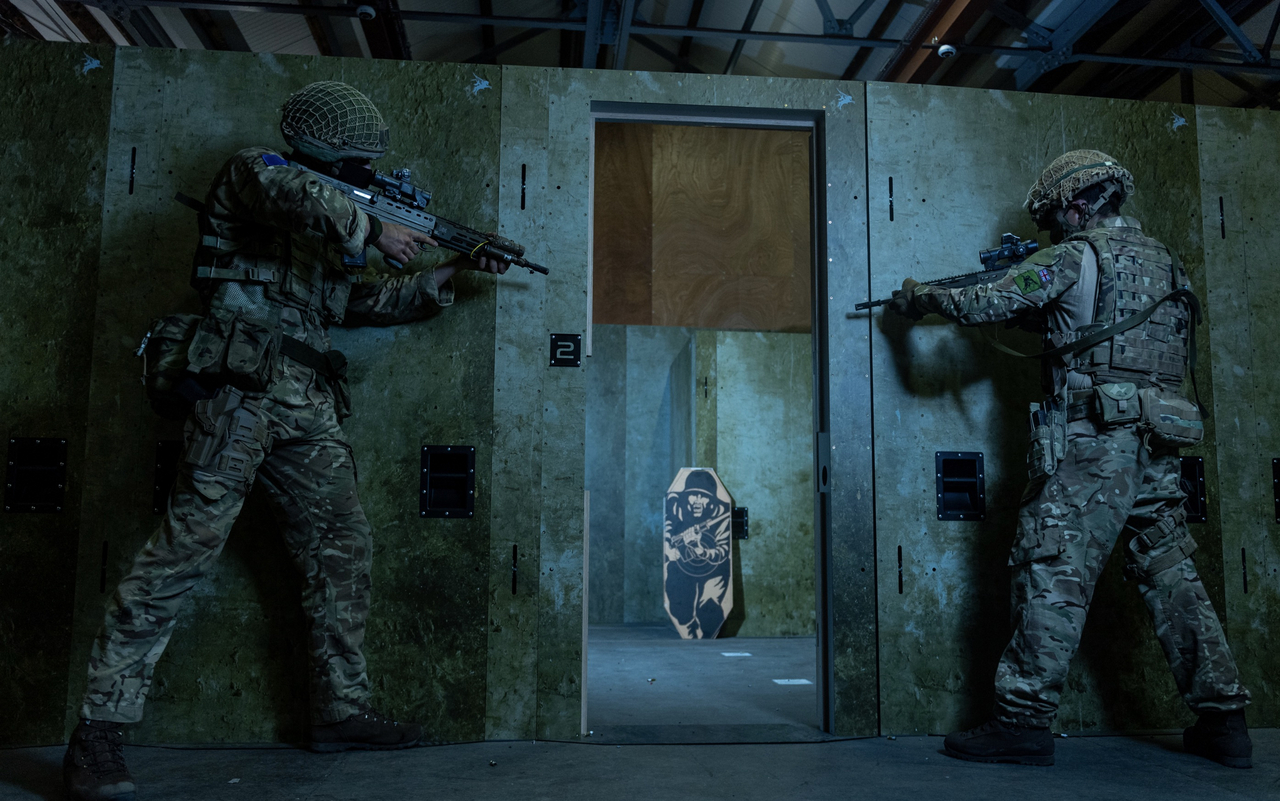 This case study was originally posted on Crestron Electronics website. You can find it here: https://www.crestron.com/getattachment/News/Case-Studies/2022/The-4GD-SmartFacility/CS_Nucleus4GD_FINAL-(1).pdf?lang=en-US&ext=.pdf