According to industry insiders and thought leaders, virtual meetings and remote work will soon replace the daily commute to the office for many. However, recent research indicates that a new normal for work might actually stifle creativity.
Joey Davis
Managing Editor, AVIXA
Follow
Like Liked by Charles Heureaux and 5 others
0

According to industry insiders and thought leaders, virtual meetings and remote work will soon replace the daily commute to the office for many. However, recent research indicates that a new normal for work might actually stifle creativity.

The study, published in the journal Nature, examines how the shift from in-person interactions impacts innovation, which “relies on collaboration for commercial and scientific progress.” Conducted by researchers from Columbia and Stanford universities, 300 people participated in face-to-face meetings and an equal amount met through virtual platforms. They were tasked with coming up with as many original and relevant work ideas as possible.

The study concluded that face-to-face meetings increase productivity. When it comes to deciding which idea to pursue, however, there is no evidence that videoconferencing groups are less effective than in-person groups and preliminary evidence suggests they may be even more effective.

In their conclusion, Melanie S. Brucks and Jonathan Levav wrote that feelings of connection and trust are key to team creativity. This supports the opinions of some executives, such as Jamie Dimon, Chairman and CEO of JPMorgan Chase. He believes too much out-of-office work will not only harm creativity but also weaken corporate culture. Despite this, many businesses, including JPMorgan, have recently acknowledged that they will need to accommodate flexible work schedules in order to retain employees.

“Around 40% of employees are adamantly saying they have no desire to return to the office, a percentage I think is understated,” says Rob Enderle, president and principal analyst of the Enderle Group. Though he hasn’t disputed Brucks’ and Levav’s research, he contends the popularity of working from home will only further the development and adoption of telecommuting tools.

The paper acknowledges this is only one study and there could be myriad explanations why one test group performed better than the other.

Conferencing software now represents an estimated $45.6B in global spending and is poised to realize a compound annual growth rate of 2.8% over the 2021-2026 timeframe.

The Power of Project Videos in AV Marketing

In Airports Digital Signage Is Good for What Ails You 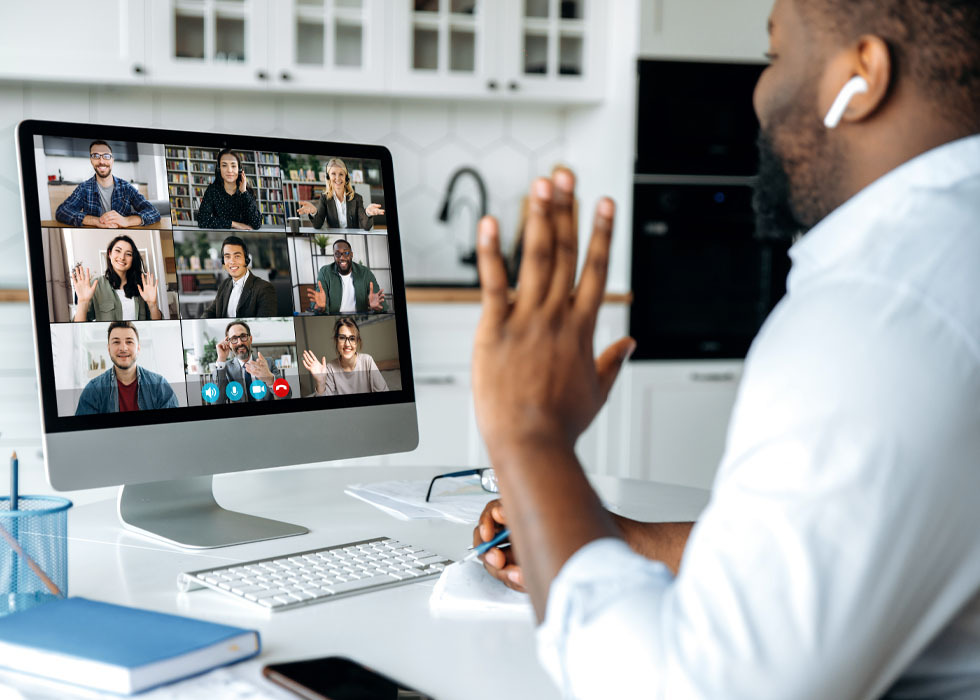 According to industry insiders and thought leaders, virtual meetings and remote work will soon replace the daily commute to the office for many. However, recent research indicates that a new normal for work might actually stifle creativity.