If your employees have become part of the growing hybrid workforce, you've likely provided them with video conferencing software and hardware for their homes. Working remotely has grown by 140% since 2005. With close to 90% of American businesses investing in video conferencing technology, it's clear companies with an eye toward future success understand remote working is the new normal.

Why? For starters, the ability to facilitate a remote workforce immediately expands the talent pool for your open positions. Using conference calls, employees can connect more personally than was previously possible. Meetings can be held virtually, no matter where employees are. To that end, modern video conferencing software offers a wide range of features. Breakout rooms, for example, allow teams to communicate more effectively during all-company meetings. It is also worth noting that many providers offer high attendee counts, allowing offices spread out across the globe to feel more cohesive and collaborative.

In today's business world, artificial intelligence is making waves. Nevertheless, it is nearly impossible to ignore the influence of communication technology. Video conferencing has proven to be a crucial technology for the future of work and how colleagues interact.

By Utilization, Video Conferencing is Leading Other Business Technologies

Business today requires a wide range of tech solutions. Based on research conducted by Upwork, video conferencing is one of the most commonly used technology in the workplace. Video conferencing has a much higher utilization rate than corporate management software, messaging applications, and project productivity solutions.

Video, Even Before the Pandemic, Was Being Used More Often by 48% of Professionals

According to a Lifesize study published in 2019, business users were communicating with video at an increased rate compared to just two years ago. The study reported that 25% of the 18- to 29-year-old group used the technology daily for their jobs.

The Number of Telecommuting Workers Has Increased by 115% Over the Last Decade, Making It a Major Driver of Video Conferencing Adoption

This is another indication that the pandemic has not been the sole cause of the increased use of video conferencing. Video conferencing has grown rapidly due to its ease of use when communicating with coworkers across vast distances. A significant increase in web conferencing solutions was observed in 47 states owing to the increased number of telecommuters.

While in-person meetings are still a critical aspect of conducting business, the pandemic accelerated the use and advancement of conferencing technology. Conferencing technology will continue to evolve with more features that will help enhance that one-on-one approach in your daily meetings.

Never miss an important conferencing and collaboration article or video. Subscribe to our newsletter below:

As a remote worker, video conferencing has allowed me to do my work effectively. Companies should certainly be aware of these statistics and keep up to date on conferencing and collaboration coverage.

Digital Signage Trends That Will Power the Industry in 2023

Behind the Curtain: Live Events Summit at ISE 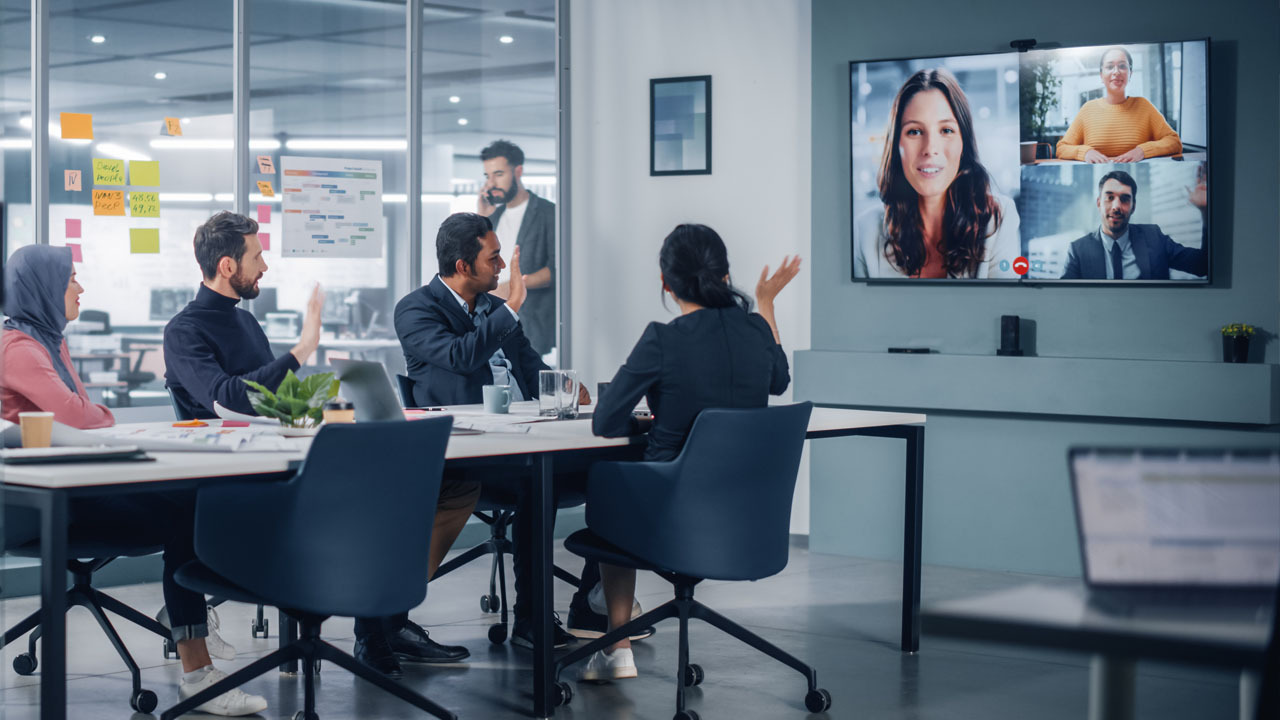