AV Carts Get An Interesting Rethink In Peggy

Pegboard designs allows for mix and match modular setups
SIXTEEN:NINE
Follow
Like Liked by Sarah Joyce and 1 other

The core concept of AV carts that could roll a screen around a venue to where it is needed is anything but new. They were around in my schooldays, so shortly after man discovered fire.

They've evolved through the years, and Samsung upended things a few years ago when it came out with The Flip, a digital take on paper flipcharts that could be wheeled around offices to conference rooms and huddle spaces. LG also has a take on that now, called the Quick Flex.

Now the Swedish firm Smart Media Solutions is marketing an interest wheeled solution called the Peggy - a rolling AV stand that is built around the idea of a pegboard system that allows a DIY set-up for screens and other gear. The Peggy One was among the winners of judged Best of Show awards handed out by Installation magazine at last week's ISE pro AV trade show.

What's interesting here is that instead of a predefined display, or a vertical display mount on wheels that will accept screens that have VESA mounts, the Peggy can set up in what ever way works for the needs of the workspace or retail area, with rows of cross cutouts that can accept shelves, bins or even old-school dry erase marker boards. For screens, the cables hide inside doors.

I don't think this works for a lot of digital signage jobs, as the set-up is kind of skewed to smaller displays that could or would escape notice in larger venues. But in smaller spaces - and in cases where the optimal messaging position can change through a day or week - this could have legs. And wheels.

The company also has something called the Leddy, for smaller all in one LED displays, and is the same firm that makes and markets the Evoko meeting room management and display solution.

The Next Generation of Broadcast Cameras 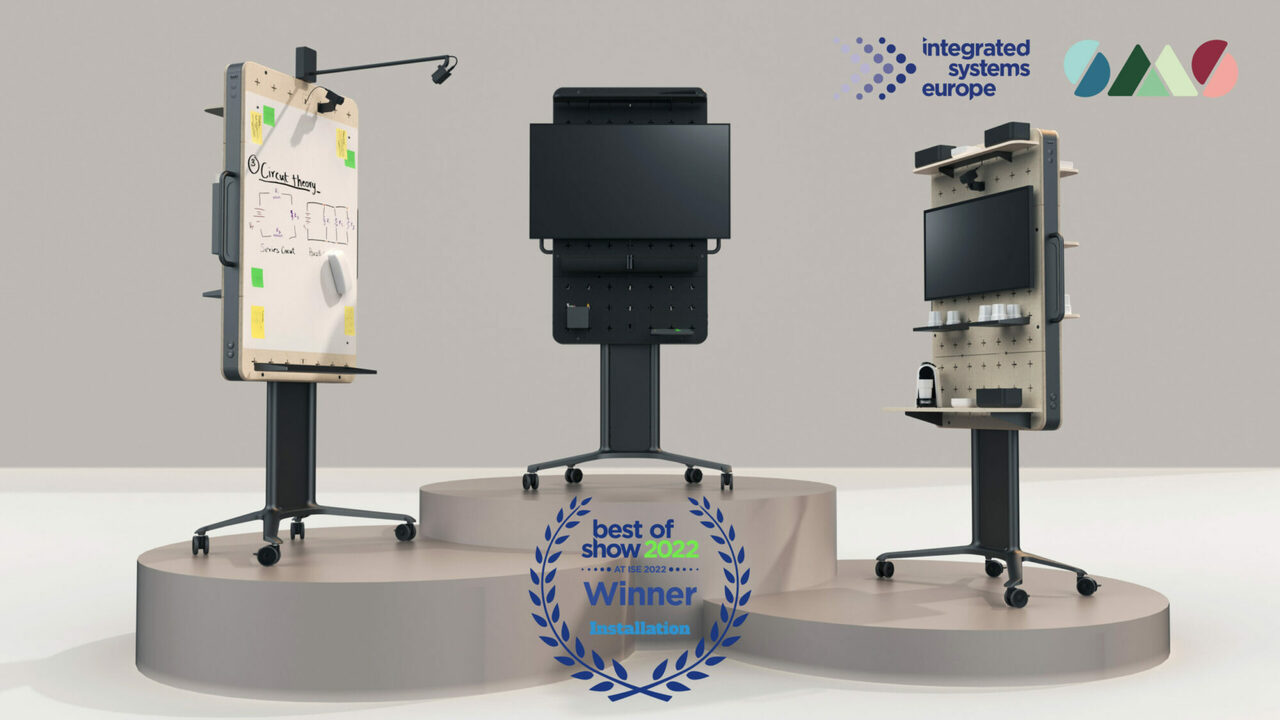 AV Carts Get An Interesting Rethink In Peggy