Digital OOH media companies have been trying to use smart city add-ons - like community WiFI and IoT sensors - to win city approvals and rights to put ad poster totems on city streets, but a German company has a different spin on all this: a big display totem that also doubles as an air filtration unit.

Green City Solutions has developed and is marketing something called CityBreeze, a DOOH ad display totem that has a regenerative air quality filter on the back made from moss. The moss is touted as being able to  "attract and metabolize" airborne pollutants, and cool nearby ambient air through water evaporation.

An interesting technical aspect of this is how the moss can also cool the display totem - important since these are high-bright displays that need to somehow exhaust heat.

The units are 75-inch LCDs, driven by BrightSign boxes. The displays have a series of smart city add-ons, as well.

AV Magazine reports there are units up (or will be soon) in Switzerland and Germany, and the company projects having as many as 150 sold by year's end. I don't know if that's a little or a lot for these kinds of custom displays.

These units are in some respects a smaller, more scalable take on a roadside LED board that media giant JCDecaux recently lit up in London - a 10-meter tall board that has a living plant wall on its back side, softening the look but also doing passive air filtration.

What's Next? Shaking Out the Trends in Digital Signage

What Happened at InfoComm 2022 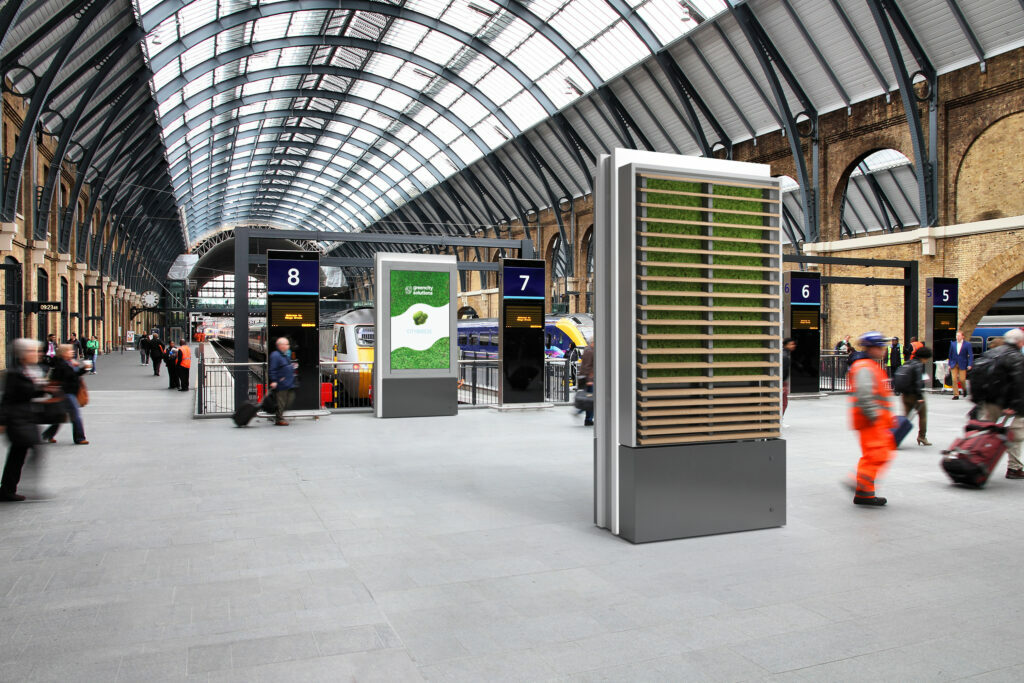