80-foot curved wall plus canopy on film and TV set
SIXTEEN:NINE
Follow
Like Liked by Sarah Joyce and 4 others

When fine pitch LED video walls came along it seemed like the primary use cases were going to be things like advertising, designed spaces, sports books in casinos, entertainment venues and control rooms. But some of the biggest jobs these days for fine pitch LED are as virtual production sets for TV and film.

Consider this utterly massive one in suburban Vancouver - an 80 foot curved wall that rises 27.5 feet from the production studio floor. It uses 2,500 LED cabinets on the curve, which is almost an enclosed circle, and another 760 for a ceiling.

The idea behind virtual production sets like this is that live action can be combined with digitally-created environments that can be in full motion. So instead of taking 100 people out to a remote location, and hoping the weather cooperates, the outdoor scenes can be shot beforehand and brought into the production set, where actors can work in front of them - instead of trying to perform in front of empty green screens.

More and more of these set-ups are being used because they make a ton of sense, and would have been particularly useful the last two years because of COVID lockdowns and travel difficulties.

Top 6 Audiovisual Stories of the Week 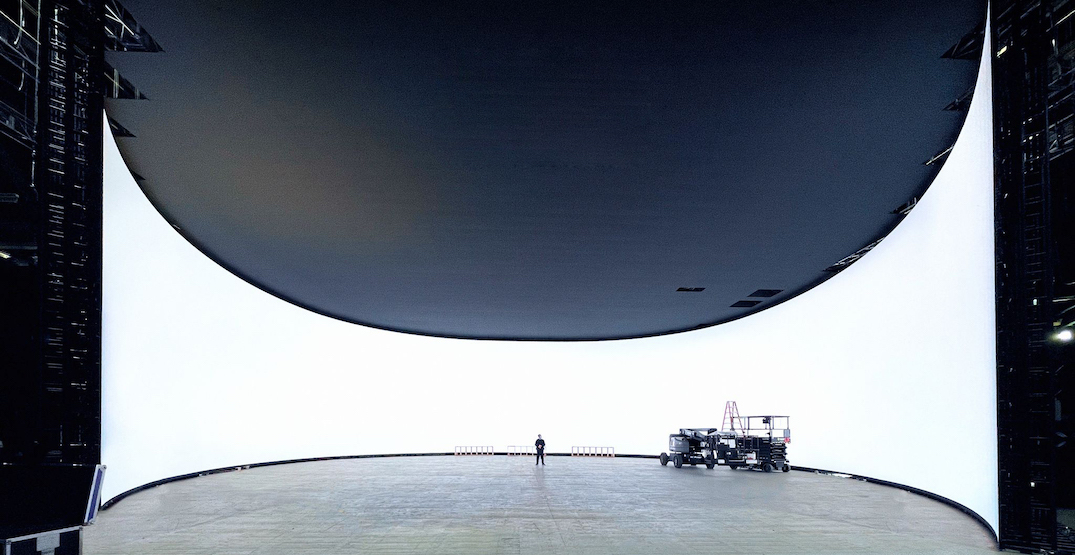 80-foot curved wall plus canopy on film and TV set