I don't know how many of you spent your weekend watching the South Carolina Gamecocks as they made their way from the final four to the women's NCAA tournament title game. Not only did Dawn Staley and the Gamecocks make history in this tournament by starting and ending the season as the number 1 team in the country, but so did ESPN in its coverage of the final four weekend.

For the first time, the women's tournament was included in the "March Madness" branding giving it parity with their male counterparts, but that wasn't the only first. ESPN put this tournament in the spotlight for the weekend with its coverage that utilized a "MegaCast." Multiple ESPN channels covered the contest from different angles and provided different viewpoints.

The main ESPN channel carried play-by-play with commentary, but ESPNU broadcast a talk show-style livestream with two basketball greats, Sue Bird and Diana Taurasi. Viewers could also go to ESPN+ to watch streams of "Beyond the Rim" and "On the Rail" which displayed different live stream views of the court and included replays. As a huge Gamecocks fan, the MegaCast allowed me to experience the game as if I were there in person.

Here’s to future coverage of women's sports continuing to be more immersive and innovative! 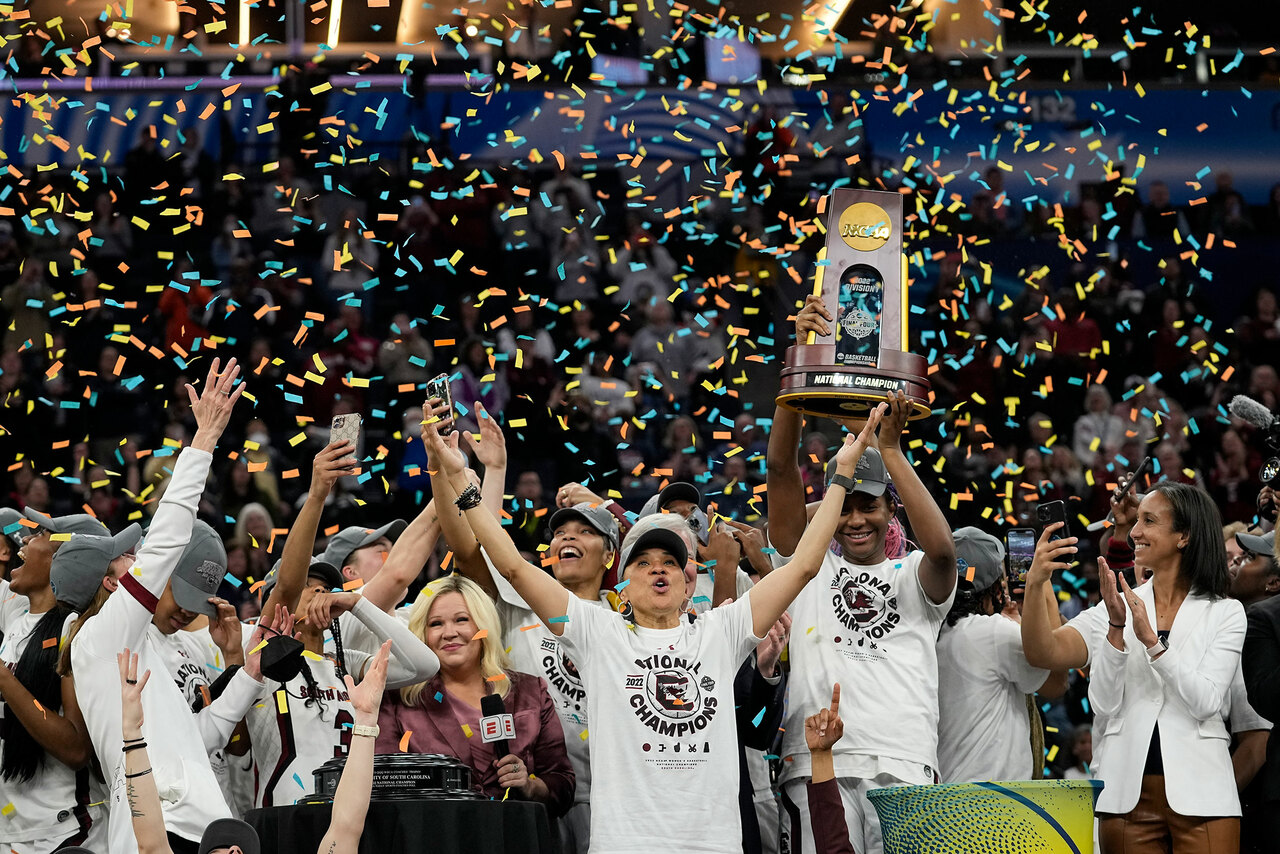