March 21st, 2022 is the International Day for the Elimination of Racial Discrimination.
Chris Fitzpatrick
Manager, University Relations & DEI, Crestron Electronics
Follow
Like Liked by Lisa Matthews, CTS and 5 others
0

Article 1 of the Universal Declaration of Human Rights says that "all human beings are born free and equal." Article 2 goes on to say that everyone is entitled to the rights and freedoms of the Declaration regardless of factors such as race. Still, racism, xenophobia, and intolerance persist throughout the world.

International Day for the Elimination of Racial Discrimination was proclaimed in 1966, and called on the international community to work to eliminate all forms of racial discrimination. Each year there is a new theme that is focused on. The day was designated to be March 21 because that date is the anniversary of an event in 1960 when police in Sharpeville, South Africa, opened fire killing 69 who were protesting against apartheid laws.

The AVIXA Diversity Council stands in solidarity with all who seek to end racism and discrimination. Let us all do our part to seek a more equitable society.

Still a bit of an AV rookie. Not technical at all unless you need the clock on your VCR reset. Ally for Diversity & Inclusion across all industries. Member of the AVIXA Foundation Board, Diversity Council, and Women's Council. I have no clue what that component does. Professional Speaker. Aspiring Game Show Host. Below Average Charity Golfer. Overuser Of Capital Letters Where They Are Not NECESSARY. He/Him.

DeCoded: How Whispp Can Help The Hearing Disabled

Amanda Eberle on the Launch of WAVIT

How AV Elements are Enhancing the World Cup 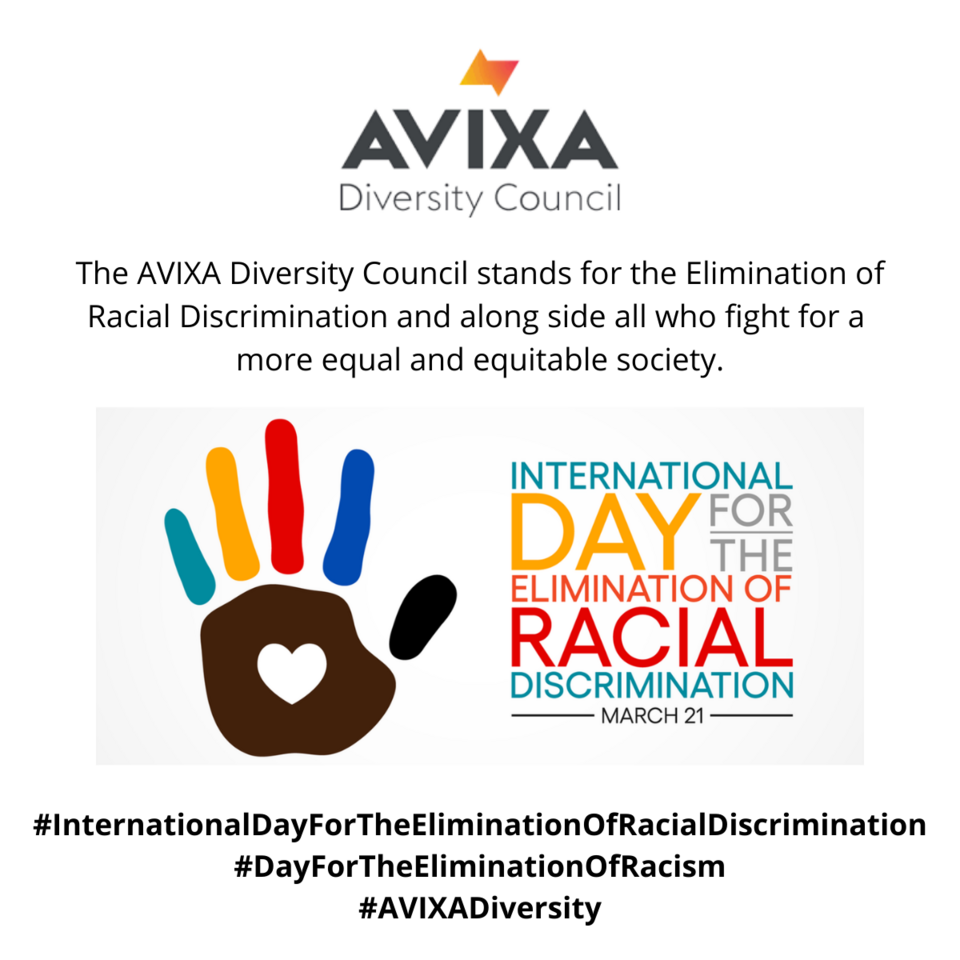 March 21st, 2022 is the International Day for the Elimination of Racial Discrimination.