AVIXA Insights
Business of AV, A Culture of Inclusion

Race impacts pro AV recruiting and retention in numerous ways, with three main pillars being pay, advancement, and inclusion. The news on these fronts is mixed.
Peter Hansen and Joé Lloyd
2 contributors
Like Liked by Lisa Matthews, CTS and 11 others
4

Pro AV is facing what is probably the tightest labor market in its history, with company labor needs greatly outstripping worker availability. As detailed in our latest Macroeconomic Trends Analysis report, these conditions have created major hiring and retention difficulties that companies are struggling to solve. Regarding these issues, race is an area of both business and social opportunity. A sharper approach to aspects such as talent evaluation, career pathing, and compensation can bring in better employees and make sure they stick around. It is possible to promote a more just, equitable, and inclusive world, all while helping your company address one of its biggest current challenges.

Race impacts pro AV recruiting and retention in numerous ways, with three main pillars being pay, advancement, and inclusion. The news on these fronts is mixed. The racial pay gap is smaller than we observed for gender last year, but it’s still significant. There is good news for advancement in the middle management category, but the most senior positions tell a disappointing story. And all the data points to a shortfall in inclusion. In sum, though there are some modest bright spots, there is room for improvement. And—to reiterate—improvement here would help our AV community and aid efforts to hire and keep quality workers.

Studying the racial pay gap is more complex than the gender pay gap. For one, there is more fluidity in concepts of race, including change over time, multi-racial identities, and the question of what counts as a race vs. an ethnicity. Each country has its own mosaic of racial categories and power structures, which makes international comparison impossible; here, we confine the analysis to the United States. Additionally, immigration policy creates a selection effect with a profound impact on pay gap by immigrant group. For example, those permitted to enter via a H-1B skilled worker visa profile much differently than those entering by other ways.

For the wage gap analysis, we simplify the comparison to white workers vs Black and Hispanic workers. Though it has the major drawback of leaving workers out, it makes a comparison to research on the wider economy much easier. This is partially driven by the fact that Black and Hispanic workers have a similar wage profile in the wider economy, a profile that differs greatly from Asian workers and more modestly from other non-white workers. Future wage gap research may cover more, but for now, we focus on this simpler comparison.

For the inclusion and advancement analysis, comparison to the wider economy is easier, enabling a comparison of white vs. all non-white U.S. workers.

What the Data Says

Applying industry-standard statistical measurement techniques to the data collected in our massive annual salary survey reveals three racial wage gap numbers: 87%, 94%, and 96%. On the low end, the 87% figure is a direct comparison of mean hourly wage, showing Black and Hispanic workers earning 87 cents on the dollar for white workers. The middle comparison controls for human capital—resume traits essentially—including education, experience, location, and certification. On the high end, the 96% figure controls for all the human capital traits as well as job category.

Each of these numbers has vital explanatory value. The 96% figure might seem like the most apples-to-apples comparison because it controls for so much, but in a way, it controls for too much. Job category is an outcome the same way income is. Promotion frequency matters, and it is deceiving to erase that effect. Taking job category out moves you to the 94% figure, but that is flawed, too, as it ignores the whys of the observed resume traits. Why do Black and Hispanic workers have less experience, less education, and fewer certifications? These are important questions and areas pro AV businesses can impact. Consider a review of how equitable access is for educational funding, training, and industry event attendance, investments which academic research has linked to improved shareholder returns. Certain comparisons make the observed racial pay gap range seem like good news. It is better than what we found in our research last year about the gender pay gap. Compared to U.S.-wide data on racial pay gaps, the pro AV numbers are either similar to the overall economy or a step better than it. That is encouraging, but “better” is not good enough. Smaller it may be, but significant it remains.

The previous discussion about controlling for job type leads into the second area that race impacts the pro AV workforce: advancement. The three roles with the highest concentration of white workers are Senior Leaders (the highest paid category), Sales/Marketing (the second highest paid category), and Designers (the most senior technical role and tied for the third highest paid). Business Support has more than twice the representation of non-white workers as Senior Leadership. The conclusion is clear: That glass ceiling that keeps non-white workers from the most senior and coveted roles exists in pro AV, too.

For businesses, there is even more at stake than the moral issue of artificially limiting the advancement of certain groups of people. Data from McKinsey & Company shows that businesses with racially diverse leadership teams outperform those with non-diverse teams. According to Shelby Hill, Ph.D. and President at Next Leader Up, leadership and diversity work hand in hand. “Diversity and leadership click when a conscious leader recognizes and welcomes the differences in others, all while influencing them in a way that moves them forward in growth and towards their goals.

A second look at Figure 1 hints at the third issue pillar: inclusion. U.S. Bureau of Labor Statistics data shows that non-white individuals represent 39% of the total labor force. In pro AV, non-white workers are just 15% of the U.S. workforce, meaning they are deeply underrepresented relative to the economy overall. This sparks concern about barriers to entry (i.e., How recruitment efforts are targeted) and about barriers to staying, such as a lack of a sense of belonging at AV companies.

Underscoring Why This Matters

Recall the context for all this diversity data: A historically tight labor market characterized by significant recruiting and retention difficulties for pro AV. With that in mind, this data on race in our industry presents an area where extra attention could help with a major business challenge.

Money is tight, and businesses are pressed to confine raises to those who most deserve them. Might those workers be overrepresented in an underpaid group? Workers in the most senior roles have the most significant impact on your business’s success. Are your company’s hiring and promotion processes designed to overcome human bias and select the best candidate? Our data shows retention difficulties have massively increased since the last tight labor market. Are you ensuring all your workers feel like they belong on your team?

As our most recent META report found, hiring and retention are among the foremost pro AV business challenges. Race is another critical issue for pro AV. The data shows that non-white workers are making less than their white counterparts, even if you account for human capital and job category. Non-white workers are underrepresented, a problem that is even worse in the most senior roles. But these race issues and employment issues connect. Consider how race intersects with pay, advancement, and inclusion at your company. Improve on these fronts and expect progress on hiring and retention as well. One effort can help your company and make the world a better place.

You can find curated resources and examples of companies taking on these challenges here. You can start your own journey with articles and videos such as:

5 Reasons to Focus on Workplace Equity Alongside Diversity and Inclusion

The Role for Boards and CEOs – Driving Diversity and Inclusion

As we continue to discuss both workforce development and the need to continue a path toward more diversity in our industry - these two topics could not be more intrinsically tied together. Please take the time to read, comment and share.

Important observations @Peter Hansen .  Thanks for doing this and sharing it with the industry.  We all have an opportunity to benefit from it!

Very insightful article. It's evident that racially diverse leadership teams outperform those with non-diverse teams and help bring fresh ideas/perspectives to the table. Although a racial pay gap remains and barriers to entry are a significant concern, it's great to see this article providing some additional resources and information that can benefit AV professionals.

Great work on this piece.  Very informative and follow-up information. 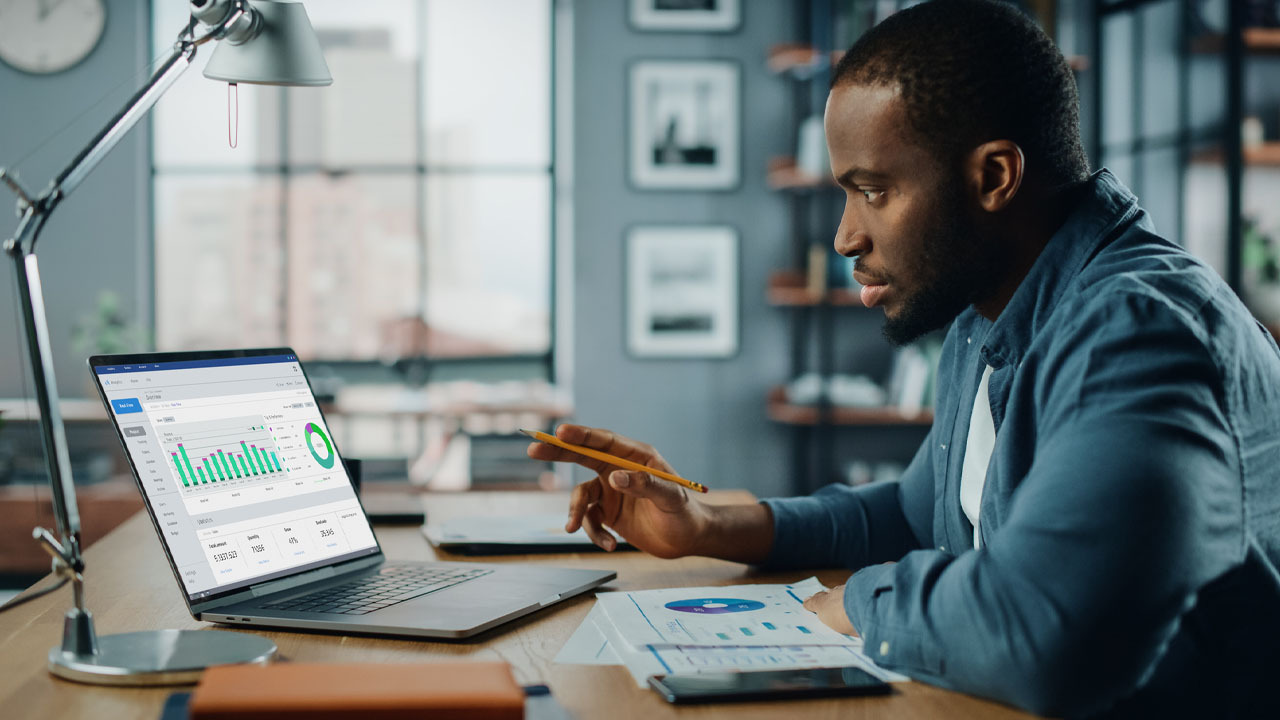 Race impacts pro AV recruiting and retention in numerous ways, with three main pillars being pay, advancement, and inclusion. The news on these fronts is mixed.